What do Mercury and Selling Real Estate have in common? 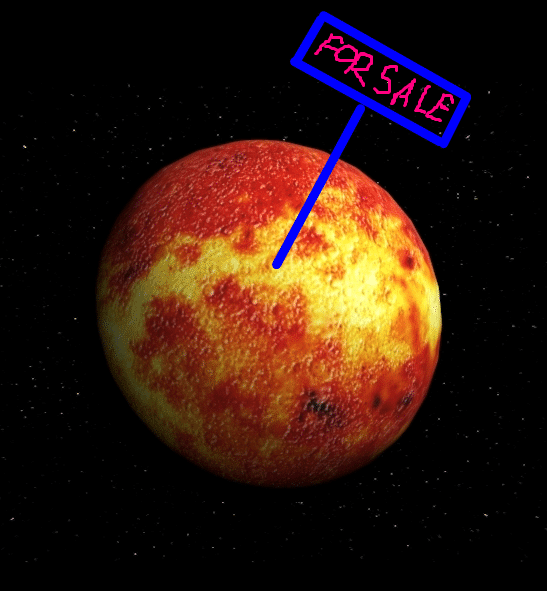 And for the next couple of weeks we could be in for a fun ride.

“I just want to sell my house.  What does another planet have to do with it?”

Walking through the door of my home a few nights ago, my wife greeted me with the always loving and romantic question, “Do you want dinner?”

After a long lingering pause for thought, I replied, “Not hungry, what a shit of a day!”

“What happened?” asked the (potential) cook.

“Mobile site decided to wig out, scanner on the printer went on strike, our chat system wouldn’t reply to clients…and I’ve been hounding the techs all day to get it all sorted.”

She just stared at me with that, “Well don’t you know, stupid?” kind of look.

“Mercury is about to go into retrograde,” she said with what I could have sworn was an almost Fatty Vautin-like head wobble. “My phone wouldn’t answer calls, and about half a dozen emails just disappeared.”

The boss/cook/knower of all things (who needs Google) had mentioned something like this a few years back, but I just nodded and continued watching the replay.

“And this one is apparently going to be a doozy, and it doesn’t really start until the 22nd!”

I try to be as open minded as I can, and I believe we are probably a mixture of space dust and alien DNA, but one planet having a direct effect on another?

We are part of a massive intergalactic web with energy and vibrations from all over the cosmos affecting our moods, actions and behaviours; but our technology?!

Maybe it was just a co-incidence?

As of this morning, I am almost convinced it is not!

One website I needed to do some business on simply froze and didn’t want to play ball.

I tried to log on to do some online banking and the bank’s site told me it was simply unavailable, then my wife told me that she had gone to the local branch and their systems were down.

The remote for my car decided it didn’t want me to drive this morning.

Our little real estate empire was being provided with challenges all at once.

But we have taken a deep breath, filled the swear jar and pressed on.

Darn you Mercury – do your worst!

Any blips, switch offs or delays in your world?

PS: And don’t worry if you are trying to sell your own home, buyers will still be out and about, albeit with just a little Mercury influencing their actions and behaviours – so embrace the moment and go with the flow.