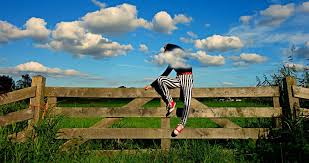 One of the biggest pricing conundrums facing any seller, especially in the lower to mid price ranges ($400,000 – <$1million) is, “which side of the BIG number (fence) does my house sit?”

I’ll give you a couple of recent examples to explain.

A member, selling his own home privately in South East Queensland, listed it in the low $500’s.

Modern, stylish, spacious, nice neighbourhood – just the house that everyone was looking for …

For over four months, this member received little enquiry.  There were a few luke-warm inspections and definitely no offers.

After taking a closer look at recent local sales and some advice, the member adjusted his price to ‘Offers Over $485,000’. (Be aware that ‘Ofers Over’ type of pricing is not allowed in NSW & VIC)

Within a week he’d had seven inspections and eventually agreed on a price of $490,000 – SOLD!

The difficulty for sellers whose properties sit on the cusp, is, do they jump the fence to try and get the big number (grass is greener?) or get the sale done by staying on the ‘right’ side of the fence?

Another member just called me in the same predicament. She is about to list her property and it sits on the cusp (fence) as well.

Local agents told her to leave the price off for the first couple of weeks, and then put a price on it after they had spoken to some buyers.  She decided to sell your own home option but took the advice from the agents – leave the price off.

My response?  That is utter crap!  Buyers want to know how much you want.  They need to see a target.  The only enquiries she would get for the first couple of weeks under the ‘no price’ campaign would be buyers asking, “How much do you want?”

So instead of grazing for too long on the wrong side of the fence, she decided to stay where the grass would be more plentiful and call for ‘Buyers From $*99,000’.

This is a pricing strategy that actually engages buyers and entices offers.  From the sellers’ perspective, it’s a case of, “The only way is up!”

In my experience, I have seen too many sellers graze on the wrong side, or sit on it  for too long and lose valuable time and money, yet it is such a simple and powerful psychological issue to fix.

To a buyer this means everything.  A major psychological barrier can be overcome and massive amounts of time and effort saved for an adjustment of a couple of thousand dollars!

And understanding that can be the difference between four to six (or more) agonising months on the market, or a month of constant interest and offers – leading to a great sale.

Don’t get caught on the wrong side of the fence.  The buyers will be leaping over your side if you get the price right the first time.