Then there were two…ways to sell your home 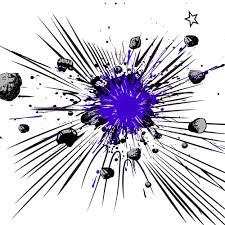 Seth Godin’s best seller, Purple Cow, would have to go on the ‘must read’ list for anyone setting out to build their own business, already have a business or work in the field of lead generation (marketing and sales).

It is a great book, indeed.

The title is almost self-explanatory as to what the book offers.

In a field of black and white milking cows, if a purple one stood amongst them, which one would you take the most notice of?

A recent ‘innovator’ in the real estate sales space took Seth on his word, almost literally, and called themselves Purplebricks.

Founded in the UK in 2012, Purplebricks hit the ground running and didn’t take long to get a market share based on their fixed fee model.

Since then management re-shuffles, changes in service offering and agent resignations have made them industry headlines.

Recently, in early 2019, the Australian entity unleashed a massive advertising campaign, overhauling previous marketing iterations and point of difference by going in hard on traditional agents – whom they classed as ‘commission-collectors’.

This has raised a huge discussion around what is fair and what is not when it comes to commissions and fees payable on the sale of any property, what traditional agents are being paid, and are private house sales the way to go?

Purplebricks attempted to straddle both sides of the fence; one side being the use of a traditional agent and the other being the full-blown DIY, sell your own home option.

In effect they saw themselves as the ‘third alternative’. A fixed discounted fee with a ‘local agent’.

Purple Bricks have just announced they are pulling out of the Australian market.

As I predicted around the time they kicked off in Australia, the model was not sustainable.  Why?

I’ll give you the bullet points, then I’ll discuss the two remaining viable options.

Hey, I am all for innovation and fair pricing for any service, but I feel for many of those involved in the PB undertaking. As myself, and many long-term professionals agreed – it could not be sustained.

So where does that leave you – the home or property seller who is looking to move on or cash in?

It actually leaves you with two clear alternatives.

Hire a full service, traditional agent, for a commission based on your sale price (plus, in some cases, up front marketing fees) or sell your own home via a reputable marketing and support agency like Agent in a Box for less than the price of a yearly gym membership.

What will you pay for the services of a full fee traditional agent? Well it can vary from State to State.  On average, across Australia, commissions have risen slightly and the average you will pay is around 2.35% of the sale price.  This recent article gives you a rundown, state by state.

Based on the average median price of a home in any of the eight State and Territory capitals, $545,000, the average commission would be around $12,800 + GST + Marketing.

You pay the agent to do it all – marketing, buyer qualification, inspections, negotiations, initial legal (contract) processes.

The alternative, ‘sell my own home’ via a reputable online portal, now represents somewhere between 5% – 7% of the total Australian property sales market.

When you consider NZ is around 10-12%, the UK 20%+, and the USA and Canada well North of 30%, Australian home owners/sellers are still weighing up the opportunity for control over the sale and massive savings that this option offers.

You, as the owner/seller, create your listing to be promoted on the major property sites, field enquiries from buyers as they come in, then engage the buyers, conduct inspections, negotiate a deal then have a lawyer/conveyancer look after the contract and legals.  All with support from property specialists with many years front -line experience.

It’s a little bit of work for massive savings.

Selling your own property is not for everyone, and traditional agents will always exist to run the whole process, but having a clear-cut choice of two options makes it much easier on home owners after Purplebricks made their announcement.

And in a sub-script to all this; the Melbourne Storm will be looking for a new major sponsor – shame.  #UpUp Cronulla!

Thanks for lessons Purplebricks, re-inventing the wheel is not as easy as you think, but I dip my hat to you for the red-hot go you had.

If you have any questions about how to best go about selling your home or property, don’t hesitate to drop me a line at info@agentinabox.com.au