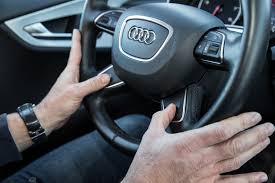 The stories of the people behind, and in front of, the scenes in Australia’s most talked about industry.

The time ticked over to 1.45pm on Jason’s iPhone x, so it was all systems go; to pack up his brochures, cards and self-promotional material at the four bedder on Blake Circuit, Swynton, which, mind you, could have done with a lick of paint in the living room and possibly the c1997 cream carpet in the ‘plush’ bathroom replaced with some cheap and cheerful tiles.

“No luck today,” lamented a usually upbeat Agent Jason Merek-Sadowska, who told his owners that he expected “plenty” of interest come 1pm.

“How many buyers came through?”

“Ummm…none. But I forgot that the Bellcoast Pottery Extravaganza was on this weekend. So many people go to it.  Massive couple of days.”

“The owners will be pretty disappointed, and they are such nice people.  I think they went down to the Pottery show during the open home.”

“What will you tell them?”

“Look, it’s not an easy one. Sure, the Pottery thing played a big part, but it is a bit quiet at the moment.  This has only been on the market for seven weeks, so it might worthwhile for the owners to take up a bigger ad in the Eastcastle Daily for next week to drive a few more buyers to us.”

“What about the other open home you had two streets away, earlier on?”

Jason’s mood lifted noticeably.  “Went off,” flew straight from his mouth as he started packing his tools of trade, including the fold out open home sign covered mainly by his smiling face, into his newly leased Audi A5 with the hands free wi-fi fingerprint/face to voice recognition.

“Had twelve groups through that one. Might be an offer in the wings.”

“Well, probs ‘patchy’ might be a better word.  This one’ll sell, eventually. I haven’t had a good chat to the owners for a couple of weeks.  I’ll sort something on Monday.”

Jason’s ringtone of the Bellcoast Blockers theme song belted out as he started the Audi, “Hi, yeah, just locked up and leaving now.  Yeah, went pretty well. Got a few follow ups to make, but I’ll get back to you Monday for a good chat.  How was the Pottery Show?”

And he didn’t even have to take his hands off the steering wheel to take the call as he kicked it in the guts to zoom away from Blake Circuit onto his next appointment.

Amazing innovation making the job of pros like Jason so much easier.

More from him later.