Owner Selling a House? Here’s what the market is up to September 2019. 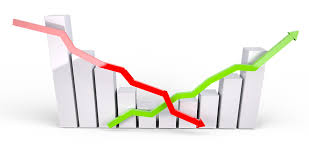 Before we put the property market under the microscope, it always pays to take a look at the wider news ‘cycle’; because, ultimately, it can have an effect on the sentiments of home sellers and buyers.

If you listen to BIG media, and their predominant ‘doom and gloom’ they will have you believe that, once again, the sky is about to fall.

But it’s the underlying ‘good’ news that we don’t hear much about, that keeps things chugging along.

Cheap money (low interest rates), solid employment numbers (95% of those who want to work are!), massive infrastructure spending by Governments, and most importantly, we are only half way through the property ‘up cycle’ (understanding this cycle alone, is one of the most powerful tools a property owner or investor can possess).

Despite the media’s penchant for ‘eek, horror, scream shows’ on the hour, every hour, the property market, in general, is turning the corner from the mid-cycle dip that usually has everyone running for the exits.

If I had to describe what the property market is doing today, I would say, “It’s becoming a sellers’ market, where sellers are reluctant to play.”

In other words, buyers are massing at the border, with confidence and money to spend, and sellers are only allowing a few to cross as they are reluctant to offer their properties to the market.

The numbers and anecdotal evidence paint a very clear picture.

The Sydney and Melbourne markets are turning the corner with Auction Clearance Rates up toward 75% over the last 3-4 weeks.

As you will see in Michael Yardney’s State by State Update (mid August 2019) there are signs that the price slide has halted, and some small rises have been recorded.

However, with buyers keen to hop back it in, it is sellers who appear to be dragging the chain.  There are 10% less listings Australia wide as at this same time last year and one of the top Agents I talk to in Sydney’s south, reports listing numbers have almost halved from the corresponding period in 2018.

With less stock and more buyers, this is quickly moving toward a sellers’ market, most noticeably up and down the Eastern Seaboard.

What a time to save/make even more money and sell your own home!

Another indicator I have seen that shows things are improving is the higher enquiry levels for regional areas; they are generally dependent upon healthy capital markets as city dwellers look to retire or take on that sea/green change.

Yet, could it be the case that home-owners might not realise their advantage because the negative BIG news ‘cycle’ is influencing their decisions?

Or are potential sellers waiting on the sidelines hoping for bigger spikes in price growth? I believe that major price growth is unlikely in the short to mid-term. ‘Steady as she goes’ is more like it.

If you have any questions or comments about your take on the market, I would love to answer or hear them.